Black man dies after being violently arrested by Cardiff Police.

No sooner had 2021 began than we suffered the suspicious death of yet another 24-year-old black man in Cardiff Wales after contact with the police. 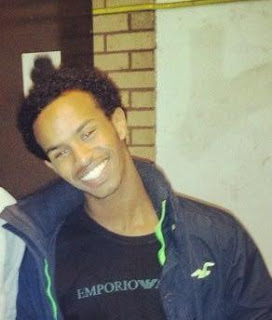 Mohamud Mohammed Hassan 24 was arrested at his home in a shared multi-occupancy building on  Friday 8th January 2020 at 11 pm and was forcibly taken to Cardiff Bay Police station.  During his arrest, an upstairs elderly neighbour reported a massive commotion in his flat below.

Mohamud was released from Cardiff Bay Police Station around noon Saturday 10th January without being charged He was so severely injured he took a taxi home. Seeing a close friend when he arrived outside his house, he told him "Look fam the police have beat the shit out of me." 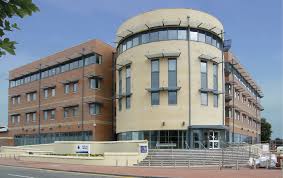 An elderly lady and friend who lived above him saw Mohamud and was in deep shock at what she saw. His light grey tracksuit was covered in blood, and he had severe injuries to his mouth and was severely bruised all over his body.

She called his Aunt, who came over immediately. On seeing Mohamud, she broke down in tears. She insisted he go to the hospital, but he said he was too weak and tired and wanted to rest for a while before seeking medical attention.

Mohamud slept for a few hours, and when a friend attempted to wake him later Saturday evening, he was unresponsive. His friend called an ambulance, and a first responder arrived on a bike. Mohamud's bedroom was too small for her to give him treatment and, he had to be moved with the assistance of his friend and was laid on the kitchen floor while the paramedic administered CPR.

Two ambulance paramedics then arrived and declared him dead.

At least ten police cars attended and they locked off the residence. Mohamud was afforded no privacy nor dignity whilst he lay dead on the kitchen floor.  The family attended his home but was refused entry or sight of the body by Cardiff police.

The family felt they were poorly treated by the officers in attendance and were left totally in the dark. Bizarrely Mohamud was left on the kitchen floor until 6.45 am Sunday before being removed.  No Family Officer Liason nor anyone from South Wales Police has been in touch with family to explain what happened.

Lawyers for the family Virgo Consultancy Ltd Hilary Brown stated: "There are many questions that need to be answered, that can hopefully shed some light on the circumstances that saw a young, healthy black man arrested and after being released without charge in a distressed state, suffering numerous physical injuries we now need to establish if there is any connection that may have led to his death."

Lee Jasper Vice-Chair of BAME Lawyers 4 Justice said "Clearly Mohamud was perfectly fine before his arrest. The critical question the family want answering is what happened to him during his arrest,  in transit to and inside Cardiff Police station. He is very severely injured on his release, so was he offered medical assistance in the police station? His death marks a grim and tragically familiar start for 2021. Black Lives will continue to matter."

His family and the wider black community will want answers. Given the realities of the implicit institutional racism of the South Wales Police, the appalling weakness of the police investigation processes, and the Independent Office of Police Complaints' and the fact that no police officer has ever been prosecuted for a death in custody,  we're unlikely to get justice from a rotten system so stacked against the search for the truth. Nevertheless, that will not diminish our efforts to hold the police to account and demand justice.