Wales: Another black man dead after being restrained by Police.

Yet another black man dies in Wales after contact with Gwent Police following the recent death of Mohamud Hassan in Cardiff. I can report that Welsh civil rights lawyer Hilary Brown has taken on the case of the latest victim, 29-year-old Sudanese man Mouyied Bashir who died after being restrained by Gwent Police in South East Wales Newport, Gwent. We send our profound condolences to the Bashir family on the loss of Mouyied. 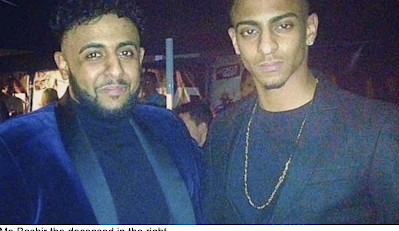 Mo Bashir, the deceased on the right.

Police were called to his home address by his parents after Mouyied began to act strangely. Several vehicles and large numbers of Gwent Police officers attended the property, and although not under arrest; he was placed in handcuffs and leg restraints. Whilst under restraint, he subsequently died. He had been a victim of a stabbing in previous weeks, and during his restraint he lay with police officers on top of him.

Instead of providing the care he so desperately needed, he was forced to the ground, restrained and placed in handcuffs and leg restraints. This was no way to treat a desperately ill man who had already suffered the trauma of a severe stabbing. It appears there was no proper risk assessment, nor was any account taken of his wound when officers decided to restrain him forcibly. Where was the duty of care, or was it the fact, as seen on many other occasions, that all the officers saw was a black man and not a human being. 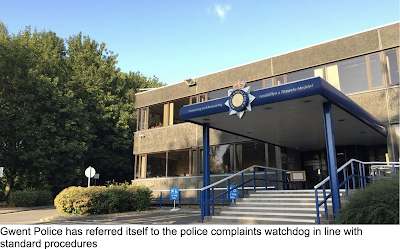 There has been a long history of black men suffering mental health crisis who have died after being forcibly restrained by police. Cases such as Sean Rigg died after being restrained for eight minutes by Brixton Police in 2008 and left unattended in a police van whilst his condition deteriorated.

Olaseni (Seni) Lewis died in Bethlem Royal Hospital after the Metropolitan Police subjected him to prolonged restraint in 2010.

Then there was Kevin Clarke in 2018, who died after being restrained by Metropolitan police officers the suffering a mental health crisis. At his inquest in October 2020 jury concluded that systemwide failures contributed to his death. They further concluded that the police decision to use restraint was inappropriate because it was not based on a balanced assessment of wrists to Kevin than the risk to the public and police.

Decade after decade, we've seen investigations followed by inquest inquiry followed by statutory review followed by Parliamentary reports. All have outlined detailed suggested reforms concerning how best the police should deal with people with mental illness, and absolutely nothing is changed. Nobody has been prosecuted, nobody has lost their job, no one has been held to account, and all the recommendations amount to nothing more than words rotting on the paper they're written on.

The case has been referred to the Independent Office of Police Conduct. This will fill no one with confidence as the investigation into Mohamud Hassan's Cardiff case so clearly illustrates. The system is broken, no one has any faith in so-called independent police investigations into controversial deaths in custody.

All of thee separate investigatory processes are loaded against victims and their families. The case of Mouyied Bashir will be no different from the many hundreds that have gone before it, and justice remains as elusive today as it has been for the last 40 years. 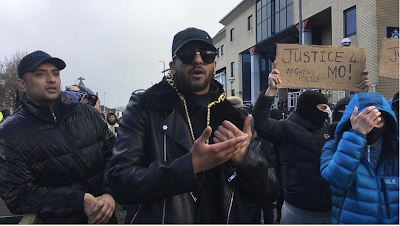 "My brother was stabbed about three weeks ago. He was put on medication," Mr Bashir said.

"He's been battling mental health for a long period of time.

"The combination of the medication and his mental health, it got a bit stressful."

He said his parents decided to take him back to hospital but could not get him out of his room.

"They believed their best option was to call the police and help them escort him to hospital," Mr Bashir said.

"They rung the police with the intention to escort him to hospital with, say, two to three officers." 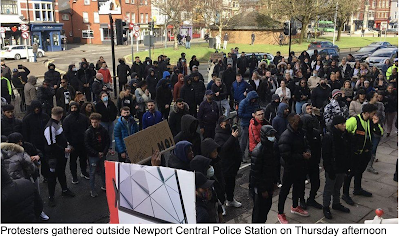 He said police handcuffed him and "tied him up by his leg".

"His stab wound is on his main artery, so while he is tied up, handcuffed, he started getting weaker," Mr Bashir said.

"In hospital, my brother was given CPR, oxygen. They tried everything. It was too late. We only wanted help."

His brother was a "big character, the life of the party" and someone who "wouldn't harm a fly",, Mr Bashir said.

Mr Bashir said: "It's disgusting. There needs to be something done. It's been happening for so long.

Gwent Police has referred itself to the police complaints watchdog in line with standard procedures for all the good that will do. 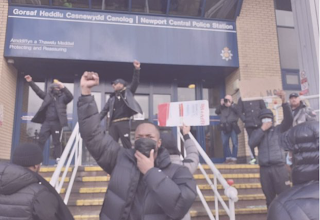 Our first and most urgent demand must be that the IOPC immediately release all the police bodycam videos to the family with immediate effect. No legal flimflam hiding behind rules and regulations. The credibility of the IOPC is at stake, and the Black Lives Matter movement is posing an existential challenge to the heavy oppression of a state system of police investigation that has so permanently nailed down the scales of justice on the side of the system.