What I have discovered, with the help of on line blogger @Lamzyco #ShamelesslyCaribbean  is a company owned by a Stephen Entwistle and Ajith Jaya Wickrema, who unsurprisingly are neither Caribbean or Latin American.

This is a company whose level of cultural appropriation that is quite frankly staggering. 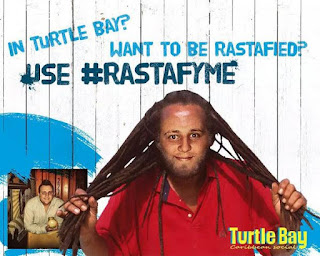 This recent 'promotional' campaign #Rastafyme is a deeply insulting racist campaign of the worst order. These adverts bring to mind the Tar Baby soap adverts of the 1920’s or the crass racism of the 1970’s Love They Neighbor comedy’ series. 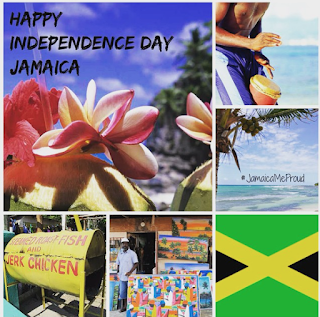 We are presented with a series of racist caricature,s degrading black people, reducing the  Rastafarian faith to  a joke. This sick marketing campaign is quite simply beyond belief.

If their disgusting media campaign wasn’t enough, one look at one of their many social media accounts seems to depict a company with virtually no Black or Latin staff.

And then to add insult to injury as recently reported in the Independent newspaper waiters at the chain are forced to pay the company between 3% - 4.4% of their tips to management.

This ‘ tipping policy’ in effect forces employees to pay the company for the privilege of working for them.  All this in the revolutionary hipster chic ambience of Bob Marley and Che Guevara.

An anonymous Turtle Bay waiter told The Guardian about a time recently when: "The tips didn’t cover 3 per cent of the sales I'd made, and by the end of the night I had to get £20 out of my pocket and give it to my manager."

With five venues in London and many more across the country, many located in traditionally black neighborhoods, this company is set to open its latest bar in Brixton South London. 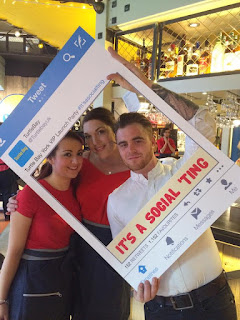 I have contacted the company asking them for their workforce diversity profile I am keen to know how many Black and Latino workers and managers do they employ and what their supply chain looks like.  Are the sourcing form black businesses?

The gentrification of Brixton and other ethnic areas of London continue apace and Turtle Bay represents one of its most insidious and insulting aspects, the exploitation of workers, the co-option of Brixton diverse culture and the degradation of Rastafarianism.

The opening of Turtle Bay in Brixton could have the effect of forcing locally owned Caribbean and Latin food shops out of business.

These businesses support local community events, employ local people and invest in local communities, often helping out with funerals, youth education projects and cultural festivals. To lose these them would rip the heart out of Brixton. 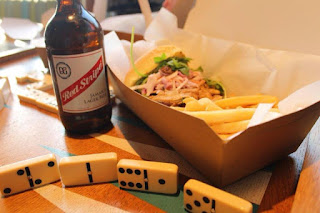 The on line back lash has started already as people on twitter decided to call out the company. Turtle Bays response seems confused, first blocking and then unblocking critics. 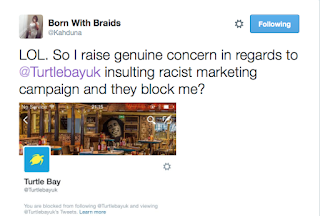 If you’re interested in supporting a campaign to ensure that local employees are not screwed for tips, where our culture and the Rasta faith is respected and ensuring this company abandons its racist marketing campaign and adopts a corporate social responsibility investment programme, then send then email me using Turtle Bay in the subject area.

I will facilitate a planning meeting. Lee-Jasper@live.com