Eric Garner Murder in New York. How Long Will This Shit Go On?

The video of Eric Garners brutal murder by New York Police Department captures the  very essence of systemic culturally engrained racism of the US police and US Justice Department. Its viscerally affected me upon seeing it for the first time as I heard the his series of gasps " I cant breathe..I can't breathe..." I felt physically sick. 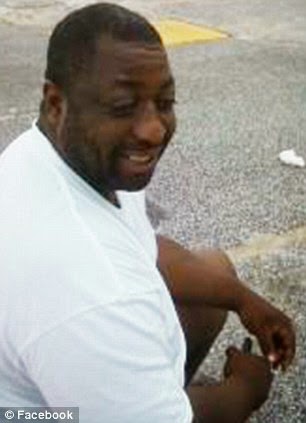 This is a international problem, that can be seen here in the UK, with the deaths of Kingsley Burrell from Birmingham and  Mark Duggan in London.

There may be those that will be drawing false comfort that such deaths in the US have little or no bearing on police community relations here in the UK. As a former Policing advisor to the Mayor of London and activist of some 30 years, standing I can tell you that nothing could be further from the truth.

In my experience, the relationship between black youth and the police in London, is the worst its ever been and, as we saw in Tottenham with Mark Duggan, police brutality is often the catalyst for explosions of popular rage demanding justice.


All over the world the plaintiff cries are "Hands Up Don't Shoot: and now added to that  tragic lexicon demanding justice is Eric's last words  "I Can't Breath, I Cant Breathe"

We have come to the view there there is simply no justice to be had for victims of police homicide, not in the US or the UK.

Recently BARAC spoke at a rally outside the US Embassy organised by NUS Black Students and London Black Revolutionaries over two thousand young people attended and spontaneously marched through central London. 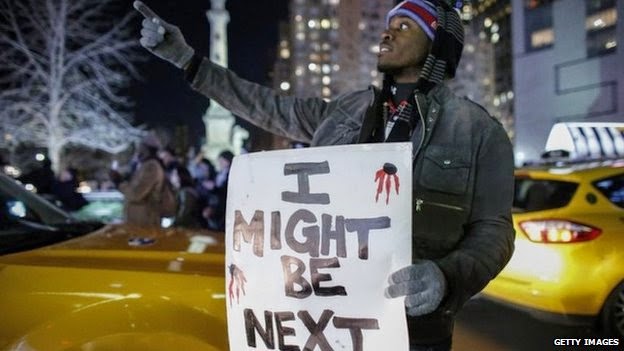 All over the UK black and white communities are coming to the conclusion, that even with the most compelling evidence, the system is stacked irrevocably against them and, there are no circumstance's other than a clear and public admission by the police, that they intended to kill, that would lead to a conviction of a police officer.

The question that haunts us is will I or my child be next?"

London,Mayor of London Boris Johnson has abolished Police Consultative Groups across the capital. In many areas, these forums, created by Lord Scarman acted as an important safety valve for rising police community tensions. They have prevented many serious disturbances over the years as many police officers will testify, They were invaluable in times of great tension.

Boris Johnson has now removed the last forum for police accountability in London and the consequences when someone else dies in suspicious circumstances, will reverberate across the country. These important groups have been replaced by majority white men in suits with a few token black thrown in for good measure.

Such reckless decisions are taken in the dead of night, There is no press coverage of Boris's decision to throw black communities to the wolves. The decision fails to recognise that communication breakdown was central in the lead up to 1981 and 1986 uprisings and more recently in the immediate aftermath of the  Mark Duggan killing.

Christopher Adler, Kingsley Burrell, Smiley Culture, Mark Duggan, Sean Rigg the list of misery and injustice goes on and on creating a swelling tide of anger that can erupt at any second in response to another death.

Its time to act and in response to this BARAC will be talking to our sister organisations to as how best we can respond to the growing international cries for justice and we are suggesting a Global Day Of Action for Justice and Against Police Brutality. Watch this space.
Posted by Lee Jasper's Blog