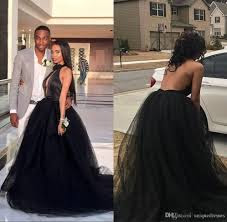 Would you sponsor a #LegacyGala2018 table for young black boys and girls, youngsters who would never normally get the chance to meet and mingle with black professionals from all sectors of our community? Sponsor a seat or a table and help our young Kings and Queens be inspired by greatness. Interested ? Call us on the Legacy Gala hotline today 07487 829929 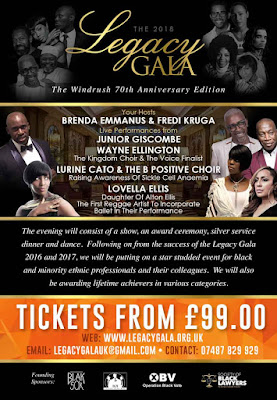 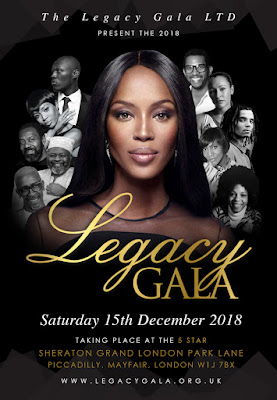 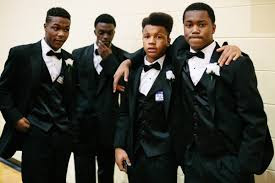 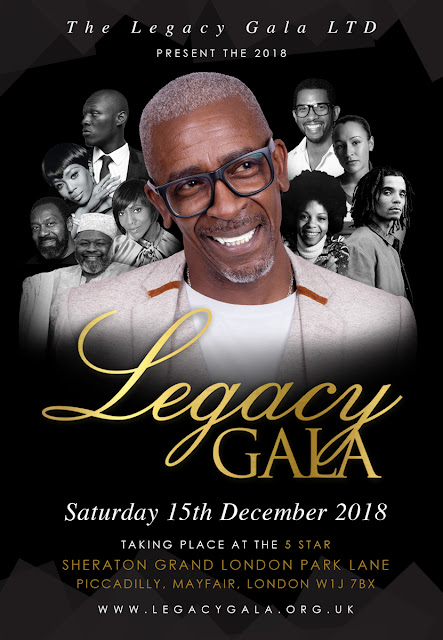 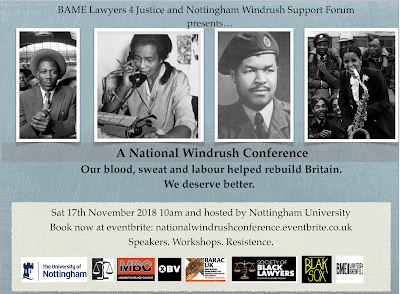 As James Brown sang so urgently "it's time to take it to the bridge".
This is the most important conference of the year, how we fight back against a ruthless deportation, oppression, and too often tragic injustice that has befallen our community, simply because of the colour of our skins.
This fundamental assault on citizens of our community has seen Black British pensioners, who served this country well, driven into abject poverty, die of stress and ill-health after being denied access to medical care, handcuffed bound gagged and deported. And let us not kid ourselves, this appalling state backed racism, is no administrative error nor just an incidental consequence of policy, this was and is, a calculated deliberate policy to actively target, and illegally deport black people from Britain.
This state-sponsored racism, for that is what is, is not merely confined to the Windrush generation. The reality is all black people, whenever we've come from, however long we've settled here, have been targeted by the most appalling and openly discriminatory immigration regime of any country in Western Europe.
This fundamental assault on our rights and citizenship means that our security, sense of kinship and belonging, our 'patriotism' and our long-term tenure in this country is based on a fallacy, a romantic fiction, that says we are black British citizens with equal rights In the most "tolerant country" in the world.
That British dream, that has turned into a nightmare. The respect granted all of other citizen, regardless of their race, their creed, their culture, does not extend to your black skinned self.
We are the stone that the builder constantly refuses, we are proverbial outsiders, in a majority white nation that has never reconciled itself to its colonial past or its contemporary racism. And we know the two are linked, deep denial of history almost inevitability always, leads to a repeat of tragic history.
But,.... we too are in deep denial.
We are over invested in the vain hope that, one day we and our children, we will be finally "accepted" and treated as equals even as we see our children swelling the jails and the school exclusion units,, moreover many have proclaimed that the day of our true emancipation has already arrived, and that we are all now equal, in the eyes of the law. Many have said "we have made it in Britain, one of the most tolerant countries in the world" and others go further still proclaiming "Britain is a post-racist society. "
Let me be brutally clear, the notion of Black British citizenship is a naive and dangerous fiction. We must fight for our rights and bring forth that fiction into reality, we must demand that which is rightfully ours, earned by the blood sweat and tears of our ancestors, and we need to insist, that both we and our children are protected by law, from the discriminatory and racist hand of government, this has to be the basis on which we take, and not ask for our God given inalienable rights.
The conferences is in Nottingham, why?, because not every black person lives in London, and to be effective, this campaign has to be truly national.
Come join us, and lets ensure, we get justice for the Windrush victims and secure in law, in parliament and by any means necessary the citizenship rights of all our people and our children.
We will be discussing unlimited compensation for victims,
British passports for all, strengthening legislation to protect those and a national Windrush Day of Action to pursue these legitimate claims for restitution, restorative justice and equality of citizenship before the law.
Please leave your comments, suggestion and put on blast.
Let the black viral network of grassroots mobilisation do its thing.
Right now, we can only rely on you, and each other. Book today on  Eventbrite