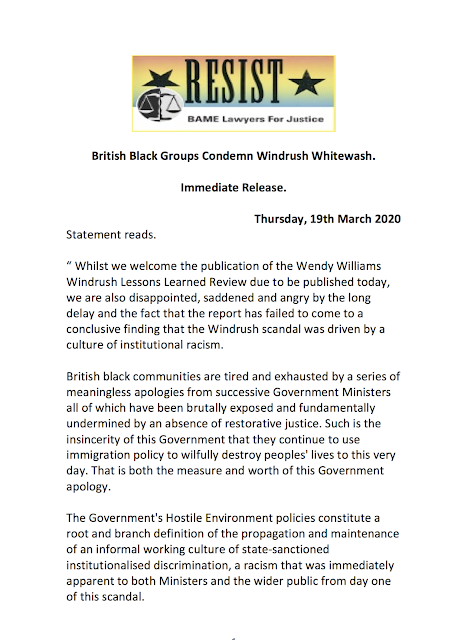 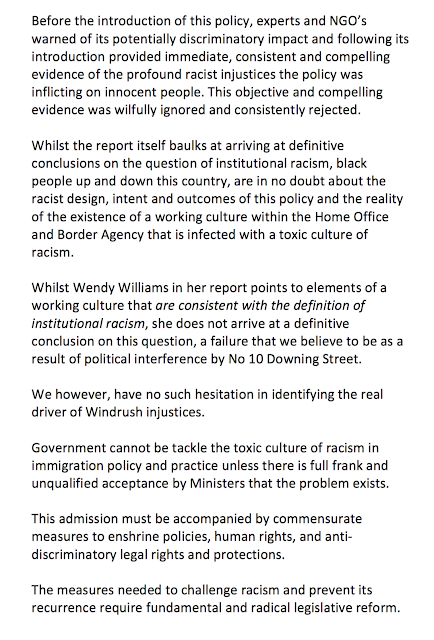 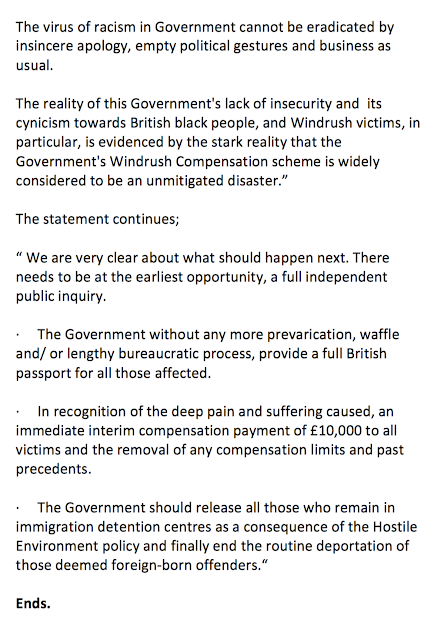 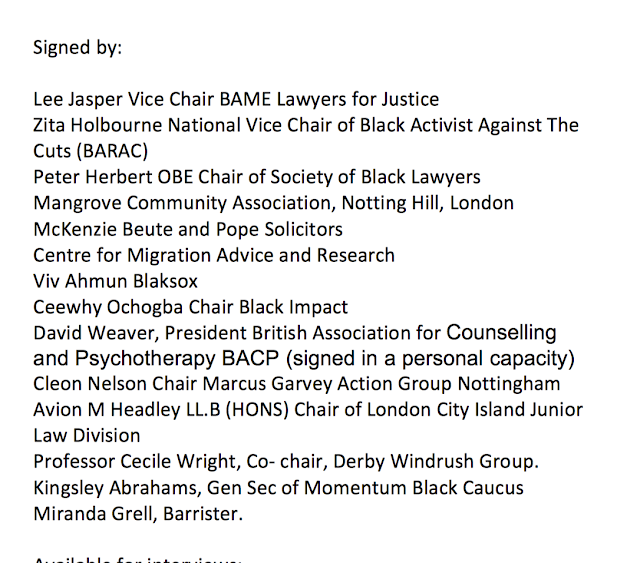 
Your father's a serving member the Royal Air Force and you're born on an RAF base in Germany. You're automatically British right? Apparently not. Listen, like and share the desperate story of Sharon Vitalis. #WindrushScandal #HostileClimate
Posted by Lee Jasper's Blog


The Met has engaged in an 18-month deep-dive, forensic investigation into every aspect of Gwenton's life and financial affairs, an investigation that eventually saw serious criminal charges brought against one of the UK's leading gang intervention practitioners. After crawling over every detail and minutiae of his life, including seizing his financial assets, all his computers, iPad, his children's phones and bailing him nine consecutive times throughout their investigation the case collapsed through lack of evidence.

The police bizarrely charged him with making a false allegation of burglary, perverting the course of justice and having £1,985 at his home, which they allege was money from the proceeds of crime. Seizing his assets left him and his family in thousands of pounds of debt.  You can hear Gwenton's full explanation of what happened to him, below in the linked videos so I shall not rehearse the detail here, but I wanted to explore some of the wider issues through this article. So do forgive me this is not a detailed article simply because it is far too complex an issue to cover here and their accompanying video links to provide you with that detail.

As a consultant of high standing and national repute, Gwenton had many local authority contracts right across the country. The Metropolitan police rang every single one of these local authorities and organisations, falsely smearing his name by informing them that Gwenton was a drug dealer and had been arrested. The result was he lost tens of thousands of pounds in contract opportunities.

Gwenton is one of the countries foremost anti Gang practitioners and his work has been acclaimed by Lewisham Council, the Met Police and the home Home Office. I have covered this case extensively on here is part one Lee Jasper Drive Time Channel, part two can be viewed here and the latest exclusive interview with Gwenton just days after the court case can be viewed here.

Despite having experienced police conspiracies to maliciously prosecute many people over the years, including Mangrove Nine and Eleven, M25 and Cardiff Three, Delroy Lindo and Stafford Scott, and to many more to mention,
I have been shocked and horrified at what I've witnessed in this case.

We see, time and time again, that leading black people who are working hard to partner and address issues of crime, violence and seeking to improve police and community relations are being targetted by the very people they are trying to help, the police themselves.

And it's not just community members who find themselves targetted in this way. Exemplary black police officers, such as former superintendent Leroy Logan  (he fought the law and he won) and more recently Chief Superintendent Robyn Williams, and exemplary officer of the highest ethical and professional standards have found themselves unfairly investigated and in Williams case, prosecuted by the Police. As we stand today I think every one of the Met's Black Superintendent's. bar one is currently under investigation.

The case heard at Woolwich Crown Court was held in secret and no members of the public were allowed inside the courtroom and reporting restrictions were imposed. That means I cannot comment on the detail of what was revealed in the Courtroom itself. On the six days of legal argument, where the Met Police and Crown Prosecution Service tried desperately to prove their case, downstairs the case of Julian Assange was taking place, the whole Court was in virtual lockdown. Two very different cases and maximum security on both.

What I can say is  that the outcome was extremely clear, the judge threw out every single charge against Gwenton determining that the charges had no basis in either fact or law. Six days this went back-and-forth and the prosecution simply could not prove their case.

Just take a look at the case of 13-year-old Christopher Kapassea and then compare this to the case Gwenton. You will see the glaring inconsistency and racial bias, that is most dramatically revealed by the profound contrast. What is clear is that had Gwenton been found guilty of these trumped-up charges he would have gone to jail of that there is no doubt.

Gwentons case has profound implications for all who work in the twilight world of gang interventions, where individuals are tasked, by the Police, local authorities and Home Office to work with some of Britains most dangerous criminals. There are no guidelines for this work, no protection for the practitioners and no professional and ethical standards that regulate or provide legal protection for those doing this work.

These gang workers and anti-violence interrupters are doing work nobody else can do,. However, they work in a completely unregulated space often at great personal risk to both themselves and their families.

And we've been here before. Who now remembers the Manchester scandal of the 1990s when anti-gang workers during the Doddington and Gooch Close era, were set up and deeply compromised by Greater Manchester Police and as a consequence found themselves facing death threats by local gangs?

Then there is the critical issue, that I believe gave rise to Gwentons brutal persecution, an issue that has the gravest implications for all those working in this field.

Gwenton publicly challenged the fact that Lewisham Council, Lewisham Police Service, and MTC Novo, (an American parent company responsible for London  Community Rehabilitation Company) all failed in their strategic responsibilities to ensure the safety of a Lewisham family who was put at risk, as a result of their son being released from prison.  Every single practitioner in the field should read and share this article.

The Urhie family of Lewisham feared their sons coming home from prison would see them become a target of gang retribution and pleaded for the authorities to move them. And they were right, once their son was released from jail he was shot at in an attempt on his life. The mother of the family Efy Urhie pleaded with the local council safeguarding team to protect her family and provide them with alternative accommodation.

A meeting was held on 31 July of all of the statutory safeguarding agencies, and the London Community Rehabilitation Company, the company contracted to provide probationary services including risk assessing the release of ex-offenders back into the community where all these issues were discussed.

Gwenton had raised the need to move the family immediately at this meeting. That call fell on deaf ears and on 7 August the family home was firebombed and seven-year-old Joel Urhie died in that fire.

Subsequently, Gwenton went public charging the agencies with failing in their statutory duties to urgently move the family. They singularly failed to do so.

Joel's death was a murderous tragedy that was completely avoidable.

Both Gwenton and I believe that he became a target for the Metropolitan Police at this point.

Gwenton subsequently had his home raided with all the furniture being smashed up, his gas boiler tampered with by police officers, putting him in his family's lives at risk. Once arrested he was abandoned by his employer employers, Lewisham Council. The police initially denied they were responsible for the break-in and Gwenton reported the incident as a burglary,  although his home was vandalised, nothing of value was taken. He was eventually charged with falsely reporting a burglary despite the fact, that it was the police who raided a smashed up his home.

The implication of this scenario is deeply worrying because what it means is that those working in partnership with the police, in tackling serious violent criminality and gangs are being intimidated and forced to keep silent when there is serious safeguarding failure that can led to loss of life.

One has to wonder how many other deaths have occurred where statutory safeguarding authorities have had prior knowledge of extreme risk to life, and have failed to act?

The organisation carrying the heaviest responsibility for the death of seven-year-old Joel Urhie is the London Community Rehabilitation Company owned by the American company MTV Novo and made up of a consortium of British organisations and charities such as;
MTC Novo is the parent company of London Probation Rehabilitation Company, the organisation that has had the least exposure and accountability for this little boys death. Reading the current news reports this week on the collapse of the case against Gwenton there are no references to Joel. There is a £25,000 reward for any information leading to the arrest and successful prosecution of those who murdered him.

In addition to finding the killers, we must ensure that this case is not swept underneath the carpet now that Gwenton has been exonerated.

This consortium of charities are collectively responsible for Joel's death and each must now place maximum pressure on MTC Novou to publish a detailed report on exactly how they failed to protect this family. Questions must be asked in the House of Parliament to bring transparency and accountability to this organisation's failures.

Gwenton did the right thing and both he and his family have paid an enormous price as a result. Thinking about it seriously, how many of us would have blown the whistle in the same position?

I, like Gwenton, have suffered malicious accusation and forensic investigation. I know the toll it takes on your body, your mind and your relationships with your family. It is an experience that can drive you to the brink of mental ill-health, some to suicide, others to divorce and financial ruin. Your paranoia becomes insane, the emotional toll on you and your family is devastating, and although you may eventually clear your name, you are never quite the same as a consequence of suffering such grave injustice.

Given the outcome of the case, I think it's a right to express my concern that he may yet again become the target of abusive please practice in seeking to further tarnish and reduces public reputation.

The conclusion of this case will be substantive civil action seeking full compensation for the pain grief, professional damage to his reputation and substantive loss of income suffered by Gwenton as a consequence of this malicious prosecution.

The consequences for those working in the field of antiviolence, gang reduction are profound. They need urgent legislative protection,  clear and unambiguous clarification around their safeguarding and tasking by police and local authorities, proper training and clinical supervision. There must be an urgent review around their employment conditions, their responsibilities and the legal protections they so desperately need. 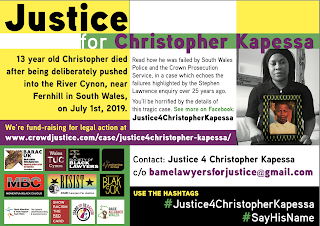 PM's Children. How many has he got?

Congrats to the happy couple, though one does get the feeling it will all end in tears. Is now a good time to ask just how many children the PM has sired? Do we know? Or is it now de rigueur to be a #Wasteman ? #BorisBaby Asking for Winston from the hood. 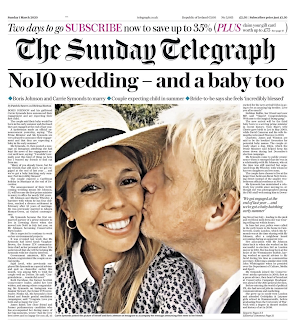