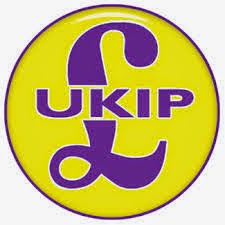 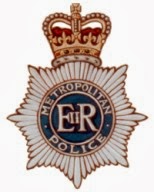 Many of you will have read with alarm the story of former UKIP Press Officer Jasna Badzack and her campaign to expose UKIP potential fraud, racism and possible links with sympathetic Metropolitan Police Officers.  You can read more on the background of this amazing story here. Recently this bizarre tale, took yet another dramatic turn.

So infuriated was Gerard Batten MEP with the contents of the article and the tweets form Jasna and I that followed, he complained to the Metropolitan Police of  feeling 'threatened, harassed and intimidated'.

The compliant from Batten, was that Jasna comments in the article above, an article that I wrote bear in mind, was causing him alarm and distress.

Despite suffering from a serious heart condition Jasna was summoned on the 4th November to an interview, under caution at Paddington Green Police station by Detective Sargent Christopher Page.

Yet there has been no police compliant or legal challenge to the accuracy of the piece from either UKIP or the Metropolitan Police.

In another terrible twist in this deeply worrying tale Jasna has been charged with 'harassment'.

The stress of this constant police attention has lead to serious deterioration of Jasna heart condition. I believe Battens hope is that through constant pressure he can force Jasna to remain silent. He is seemingly assisted in this endeavour, by a Metropolitan Police Service . Batten appears to have a hot line to Scotland Yard that allows him to have Jasna arrested on request.

Any complaints about Jasna political comments, should a civil not a criminal matter. Why are the Met so insistent in involving themselves as agents of Battens political campaign? How is it, that the Crown Prosecution Service has agreed that Jasna is guilty of harassment for calling UKIP fascists, accusing them of potentially committing serious EU expenses fraud, an accusation subsequently repeated by mainstream press.

I find her latest arrest, both alarming and deeply ironic.  Notwithstanding the very serious complaints and accusations Jasna makes in my original article that suggest a corrupt network of UKIP supporters in the Met Police,  possibly the Crown Prosecution Service, the fact that Batten is trying to silence her voice through criminal as opposed to civil law, is revealing.

For UKIP,  the libertarian leaning party of 'free speech' to seek to actively criminalise its critics, reveals the real political character of this 'party of the people'

I conclude that whilst Batten can't challenge the facts of the article, he is confident that he can get the Met to prosecute a case, he can't prosecute in the civil courts.

The serious complaints and questions articulated in my original piece remain unanswered.

It seems to me that Jasna is being subjected to a relentless and on going camping of police harassment.

What is clear, is that Batten and UKIP, don't want the information in this article to reach a wider audience. I

In supporting Jasna, I ask that you ensure the original article and this update ,get circulated far and wide.

Jasna will fight this case despite her failing ill health. The question I ask is why,  Greater London Authority Assembly Members or the Mayor himself have not asked serious questions in relation to these matters?

You can support Jasna by sharing this article. offering to join our small campaign team. In addition you could help by volunteering to help arrange a public meeting on these issues.

Both Jasna and I are willing to speak at any public meetings on these issues, please help us get this message out.