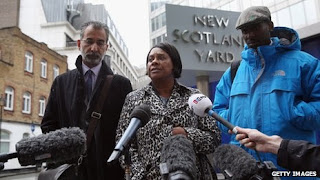 A recent poll published by BBC London has highlighted the devastating lack of trust in the Metropolitan Police Service particularly but not exclusively among Black Londoners.   The poll was conducted in the aftermath of the allegations in the Guardian from ex Met undercover officer Paul Francis. He alleges that the police had a covert Special Demonstrations Unit who wanted to smear the Lawrence family and their supporters at the time of Stephens murder, his story is simply devastating.

The BBC London poll suggested a quarter of all those surveyed believe the Met is still institutionally racist. This rises to and incredible 38% of black and minority ethnic people. A huge 25% also believed there was widespread police corruption. Nevertheless 85% of those polled said they trusted the Met overall.


These figures confirm that the awful reality that we are witnessing the single worst period in police and black relations in the last 30 years. I have repeatedly put that charge to both Commissioner Hogan Howe and Mayor of London Boris Johnson over the last three years. Both have routinely dismissed my claim as being ludicrous and politically motivated. These figures confirm that relations today are in fact at their lowest point in decades. Both men have determined that the Met is no longer an ‘institutional racist’ organisation a statement so far removed from the truth as to constitute a lie, given what we know such an assertion defies all logical understanding.

The dramatic and unprecedented finding of  the public inquiry into the Met killing of Azelle Rodney that concluded the Met had 'no legal justification' for his shooting will seriously aggravate these already severely strained relations. If the police officer concerned is not prosecuted and there is every chance they wont, then we will enter Rodney King type territory.


In looking at these figures Londoners should be concerned, very concerned. It is precisely in this type of febrile atmosphere that makes civil disorder more likely. In August 2011 London and other parts of the UK burned and riots erupted after the shooting by police of Tottenham man Mark Duggan.


With relations so shot to pieces, it really only takes one minor incident on the streets combined with good weather and London could be burning again only this time, largely because of cuts to the GLA budget ordered by Boris, there are lot less police officers and firefighters to deal with any sustained disorder.


What these figures tell us that London is a multicultural city where race equality has been eviscerated from the Mayors list of political priorities. Johnson believes he can simply charm his way to a safer city without seriously engaging with Black communities. This is an error so fundamentally wrong and so catastrophic for the city as to constitute a crime.


Good community police relations take time to build and mature. They require constant care and attention and the adoption of a strategic approach that builds and deepens community partnerships in the fight against crime.  This must amount to more than simple rhetoric, a couple of jokes and few Latin references. It requires that the Mayor acknowledges these pressing realities and starts the long slow process of rebuilding trust and confidence with a political focus that matches the scale of the problem. As these figures demonstrate that problem is now of staggering proportions.


From 2000 – 2008 whilst Director of Policing for London the levels of trust among London’s Black communities increased year on year. That was a result of a determined policy of community reassurance and engagement alongside a real priority to tackle institutional racism within the Met. The result were spectacular, not only did trust and confidence reach the highest levels ever among black communities, but for the first time in the Mets history the majority of police officer  applications came from Black communities. We increased the number of Black officers by 100% in that period. We also ensured that the Mets Senior Command Team looked more like London and that the maintenance of community police relations was a number one priority. In terms of Mayoral appointments to various London strategic boards and committees that are within the gift of the Mayor, our equalities policies ensured that Black and ethnic minority representation reached its highest level of any city anywhere in the UK.


The fight against crime requires communities to enjoy good relations with our police officers increasing the extent to which people feel comfortable and confident about reporting crime.. The majority of crime is solved as a result of information and intelligence received from the wider public.  Crime will increase where confidence in policing remains so fragile. The failure of Boris Johnson and Hogan Howe to recognise the political priority attached to race equality has cost Londoner millions and tragically as we saw in August 2011 can have deeply tragic consequences.


The reality is that the August 2011 riots could and should have been avoided, The failure was largely a political one. Boris’s senior team has no one from London’s Black communities to advise him and being an instinctive Tory is blindsided on the issue of race and race equality. This is a costly and critical error. London is one of the most diverse cities on the face of the planet and yet the senior staff teams at both the Mayor’s Office and within the Met itself have seen a deterioration of diverse representation. Black people are being airbrushed out of the picture. 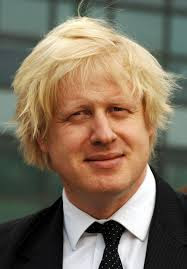 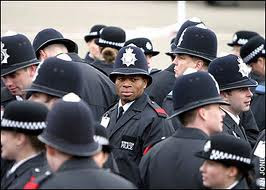 The Mayor’s Office and the Met looked increasing like London of the 21st century. Five years on Boris’s has reversed those gains through a combination of ignorance and arrogance. Today the Met is experiencing a net loss of Black police offices  whilst the Mayor’s office suffers from what the Black community calls the Guinness syndrome.


Boris allowed Stop and Search to get out of control, failed to spot growing tensions arising as a result of the increase in the number of black men dying in suspicious circumstances whilst in police custody. He failed to deliver his much vaunted but now discredited Black Boys Mentoring Scheme, failed to maintain Black recruitment, and promotion within the Met or his office.


He dismantled the jewel in the MPS’s community police relations crown,  Operation Trident that has now  lost every last shred of its credibility as a result of his instance that it be turned into a ‘ gang unit’. Boris abolished the London Hate Crimes Forum and then saw both racial and religious attacks in London increase as result. Against the backdrop of recent events in Woolwich  we have seen increasing rates of Islamophobic attacks on Muslims particularly women. Mosques and other religious buildings have become targets and the EDL is seeking to ferment religious and racial conflict across London.


He has effectively abolished the borough based Police Community Consultative Groups brought in under Lord Scarman post the 1986 disturbances. These were designed to help maintain and promote understanding, partnership and trust and confidence. Boroughs like Lambeth for example are entirely reliant, for maintenance of good order on the local PCCG, whose 30 year track record in acting as a pressure valve for local policing concerns has been essential. You would have to be really stupid to do away with these forums but that what Boris in his glorious wisdom has decided. Foolish boy.

Part of the civic culture of a multicultural city relies on ensuring that the diversity and cultural dynamism of London is highlighted and promoted. This is necessary to build cultural capital that can be utilised at time of crisis to maintain a sense of collective citizenship and solidarity. The promotion of diverse cultures not only educates but raises awareness of the reality of our global city and reinforces the city sense of itself. The Mayor’s Office is critical to setting that tone however this Mayor has been distinctly monocultural .

Boris cancelled Black History month and spent the money on America Day, cancelled the anti-racist Rise Festival and Africa Day. Cultural event such as these promote understanding and community cohesion.


The brutal reality is when one looks at these social and economic indicators London is quite clearly a less tolerant city, less equal city under Boris Johnson than it was under Ken Livingstone.


My guess is that most white people in London have no idea of the reality of the nature of the Black or Muslim lived experience in London or recognise situation. The political disjuncture and chasm between the Tory Mayor, the Met Commissioner and London Black and Muslim communities represents a critical fracture in London political landscape. Like animals who can anticipate an earthquake before the first human feels a single tremor so I give London fair warning of the ructions to come.


These failures must now be seen as catastrophic errors of huge proportions .Political errors such as these have a delayed effect that are not immediately discernable.


All of these types of issues are slow burners, initially ignited by political ignorance or prejudice  build up slowly but have an almost irreversible momentum. Once built up they tend to take years to reverse. The portents for the future of the capital are not good and I believe we will see even more civil disturbances in the medium term as a direct result of the political failure of this egregious and affable Mayor.


Race equality in London. is not then, some politically correct ideological project of the loony left as so often portrayed by an irreverent Boris Johnson, but a solidly pragmatic, hardnosed political reality, an essential political requirement in a hyper diverse city such as London.


The Mayor of London failure to grasp this reality, his failure to ensure his team has the credibility and the skills to effectively represent all Londoners and his rude opposition to tackling racism and ensuring real diversity in London senior appointments has been a disaster the consequences of which will plague the city for a decade or more.


These figures indicate that a new approach to race equality in London is urgently needed however Boris and the Commissioner are bereft of people who have the necessary experience and credibility to begin the painstaking process of rebuilding trust and credibility between London’s Black communities and the Met police. In the mean time I would hope for the best and prepare for the worst it’s going to be one hell of bumpy ride.